But what value can you put on the BIM Manager or Virtual Construction Manager during these tumultuous times?

It seems as though BIM professionals are still in hot demand. Specifically on LinkedIN and the upcoming AEC Fall Conference BIM job fair. I guess this is a blog / input from everyone as to what your take on everything BIM - wise in this current economy is.

I was thinking about the current state of things in our own industry after I read this great article in WIRED about how an economic downturn = opportunity for innovation. (If you're there read this article too, it's about some kid who made a 200 million dollar company over selling gold on World of Warcraft...scary)

I think that there seems to be a lack of innovation within the BIM world recently. Maybe I'm missing something, but it seemed there for a while it was one software innovation after another, from Green Building Studio to IES to Vico. Maybe our industry is refining its practices, maybe the industry is making the move to ONE BIG BIM or maybe everyone's checking their 401k accounts and hanging on to the counter at the local bar.

In all though, it feels that the BIM industry continues to thrive and push forward. However, there were recently a significant number of layoffs in the Kansas City area and I couldn't help but think the mistake some of these companies are making. While I can't look at all of their budget sheets and judge or make decisions based on how they handle their HR department, I can look at the talented field of people who are now looking for nothing but BIM jobs.

It's a veritable hey day for architecture and engineering firms that were singing the blues about lack of experienced and knowledgeable personnel in the market!

Here's the catch...you need to hire them now. The personnel available now will NOT be wanting to go back to their old, under paid, repetitive jobs. In fact, employers should really think twice before laying off the BIM Manager as they might cost twice what they were paying him before to get him back IF he wants to come back.

Considering the average BIM manager is pulling about 95k and the average Sr. Project Architect is pulling 89k, this validates not only the need but the direction of the industry.

My advice to employers, hang on to your BIM department if at all possible.

My advice to those laid off, congratulations. You are now one of the most sought after professionals in the industry.

As always, thoughts and comments appreciated...

It starts...interoperability and singular modeling

So here's some exciting stuff...INTEROPERABILITY!
Recently had a great meeting with some of A-desk's software development task force and found that there is light at the end of the tunnel....hopefully.
So here was in essence the discussion we had.
The first topic of discussion was interoperability. The question came up how important is it? Where we see it being effective and why?
Umm...where to start? Does this meeting involve beer? If not why not?
Moving on.
Interoperability affects all of our professions. Currently, it cripples a lot of the day to day tasks that should be a LOT simpler than what they are. As any BIM Manager or Virtual Construction manager worth their salt will tell you there's always a solution. It just might take half the day to get it there.
During this discussion, I brought up an epiphany I had after talking with a buddy of mine who is a programmer for Apple, Joseph. Joseph is a super smart guy and I revere the fact that he has started up two very successful software companies sold them and continues to work for Apple because he likes the "environment". (I personally prefer the environment in Cancun, but to each their own) So I thought I would throw this issue of interoperability at him.
After asking the question, Joseph thought it was hilarious for some reason! I asked him what was so funny and he said because they faced the same issues in his industry years ago. Apparently Windows' take on interoperability between systems was that they had the "best" solution for PCs out there and that they didn't need to conform to any of the Apple software protocols.
So Apple made their existing systems not only interoperable with Windows but every other "highly used" system available. This included both Unix and Windows software, web interfaces and so on down to the printers and the Ipod. He went on to say that Apple took the stance of change the industry, by example and as a result (sans current economic downturn) saw a revenue growth of almost 200%! With the mantra of, "Plug it in and it has to work. No matter who made it." 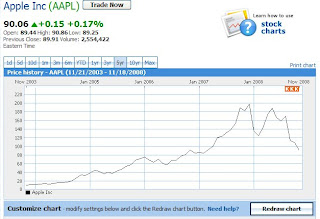 Joe also went on to talk about how the answer (in dumbed down terms for me) was filters. He said computers should do the work, humans should make the decisions. Taking data and pushing it through an analysis filter such as (his words) NavisWord, (Joe if you're reading this I have to give you a hard time!) and viewing the results directly in the native format.

Whoa...I thought. Native format huh? He said "Yeah you know whatever you created the file in is inherently where the most data and toolsets reside otherwise you wouldn't have been capable of creating it. He said the key is the same base language otherwise you end up with a Tower of babel situation. In programming if the language is C++ than the entire team knows how to work with it. This doesn't mean that designers have to use the same software that database programmers use or that interface programmers use. What we're talking about here is use the tool that makes it easiest for you, so long as you can get the information in the end to C++. It's not rocket science man....everything needs to talk the same language. In the end after you push it through these filters, fix it, test it, filter it, fix it, test it for about 30 times you end up with a useable product."

Now I'm just a lowly BIM guy, but it seems to me that there are some direct parallels here. The fact is that BIM as a deliverable needs to remain in the native file format. (Revit, Bentley, ArchiCAD) however, filters such as clash detection, energy analysis, estimating bring value to the table as they accomplish testing tasks that the native software isn't capable of. Lastly, exporting the product in the form of animations, stills and graphics are a snapshot in time and shouldn't be relied on other than visualizataion and better communication of the idea.

In the end, the Autodesk boys were sitting there, with that aha look on their face. Hopefully they go back to the rest of the team and expand upon Apple's model that interoperability isn't "optional" it's a way to be more profitable! Of course, we are talking about the software industry and sometimes that takes a while....

Also I wanted to thank Joe for his take on the interoperability issue.
Posted by architect11 at 6:44 AM 3 comments: