Revit BIM and the unmentionable

I wanted to drop a quick note to everyone to let everybody know that as a whole this is what I am starting to see as the trends emerging in the world of Revit/BIM, as well as the fundamental changes that I believe will occur over the next two years in the architectural profession.

1.) FMI group in the 2007 annual owner survey says that the biggest problem owners have with architects are incomplete documents.

2.) Contractors surveyed replied that overall the largest problem that contractors have with architects are incoherent CDs and communication.

3.) Lastly the American Census Bureau now reports that over the past twenty years the entire AE industry as a whole is declining in perceived quality/value, technology use, and profitability.

Where we are at is a crossroads in our profession. I have said it before, and it couldn't be truer in our practice as architects and designers we are beginning to get away from the reputation and perception of master builder and are now being perceived more and more as "design professionals," with little or limited knowledge of the actual inner workings of a building and a total disconnect witht he actual construction process.

Here's where I'm headed...the Superdome in Louisiana, (the one that stood up to Katrina) was built using 31 pages of working documentation and was constructed in less than four years from 1971-75.

How many pages would that take today?

Here's the tougher question. Why?

With BIM technology where it is and the professionals that form the very foundation of the AE communityI seriously question the practice of over-documentation. The CYA approach to design and construction is dead. Here's why:

Contractors don't look at your drawings. Gasp. I know. Be offended be scared. But you should be hacked off and wondering why the bathroom partition mounting detail that took you three days to draw won't even garner 2 seconds worth of the contractors attention. I know this is shocking and I know it was a detail in the standards library, but it is yet another point on the ever growing space in between what information architects thick need to be on drawings and what information the construction crews actually use to build. How it is actually built using the contractors "means and methods" to get it done, needs to be second knowledge to architects. Second to the necessary design language needed to create a better and more healthy and environmentally friendly world to live in.

I got asked this question five years ago when i was six months out of school by a contractor, "Why (when it is the contractor's responsibility to use the means and methods of construction they see most fit) the architect is detailing the head jamb and sill detail for a window they have not been trained to install, don't know the tools necessary to install it and will not be responsible for carrying the warranty on that aluminum storefront framing?" I asked what was important to show and the contractor looked surprised and just answered "Tell me at what depth you want the window to sit in the wall...you could even show it in elevation."

Engineers drawings are worthless. Ok so that might have been a bit harsh let me rephrase and say that engineers who draw information that is completely different from the MEPS subcontractors calculations and shop drawings...they're useless. Why waste time drawing what won't be built? The entire idea of a drawing is to graphically represent to the constructor what is to be built and installed. By using BIM, engineers now have the tools to grab the responsibility and rewards of a truly coordinated model and potentially stop many of the issues before they hit the field. The question that I've heard a couple of times now is why are subcontractors drawing in 3D and my engineers (who are supposed to be more techno-savvy) aren't?! Ask your ductwork subcontactor on your next project, it's scary. Also ask the steel fabricators too, sometimes they'll have 3D models they're using as well that might possibly help you link into your revit model and use for interference checking.

Confused? Wondering why the information is going to the CNC machines more detailed and accurate then ACAD lines? You got me too. Seems that it would be a whole lot more useful to the entire AEC team if either the subcontractor was brought on board in the documentation phase or that engineers stepped up and created BIM's of their portion of the project.

Collaboration = Success. I don't think I need to elaborate on this point any more. I think we've seen that the current way just doesn't work. The endless trails of phone calls and emails are bordering on ridiculous. Not to mention using old technology to meet today's needs! We have the tools and those who have chosen to use them are seeing the rewards.

So what's the new thing then? Anyone can complain about all of this, what works?

Integrated Project Delivery (US), Project Alliancing (Australia) or BIM Huddle, BIM Pit etc... Although some of these differ in detail the fundamental delivery concept is the same. Integrate the team. Will the subcontractor who barely knows how to turn the computer on be competitive in this process? No. Sadly. But more frightening are the firms both engineering and architectural who seem to think that they can wait until the last minute jump into the new technology and still remain competitive to their counterparts who have already used a successful implementation strategy. Will these firms be successful? Again unfortunately no. I've had some of the older guys here in the office reminisce about the good old days when CAD just entered the AE marketplace as a tool. Many of the hand drafting firms thought it was a fad or wasn't as effective as hand drafting. I was told many of those firms went belly up when they couldn't remain competitive in the industry.

Right, wrong or indifferent what we are seeing is the profession as a whole start to compete in the global marketplace. Firms in Kansas City are designing hotels in Dubai. New York firms are designing greening methodologies in China. This isn't a secret, but architecture is still a business. I remember when I was in architecture school that the Howard Roark (The Fountainhead, great movie with Patricia O'Neal and Gary Cooper) philospohy was that if you were a great designer clients would come to you, you could sketch some quick lines on paper and magically by the scene's end a building would appear. For the most part, this simply isn't true. If it is true then you are Frank Gehry or Stephen Holl and I am flattered you're reading my blog.

Our profession is choking. Am I saying that BIM is the answer to all of the professions problems? No. But what I am saying is that it is currently the only solution that I have heard of lately that even eludes to an improvement in the industry, making it more effiicient and frankly more profitable. I believe in the technology because I have used it. I believe them because as the "Old Guard" begins to retire that we are going to see more and more people file through the ranks of the profession with a working knowledge of relevant technologies. I also have seen the look on a workers face when he "gets" the 3D flashing detail you're able to represent to him, so he can build it correctly.

Labels: Revit BIM and the unmentionable

Some of my best friend and worst nightmares are Architects.

The better Architects are those that visit site and see how buildings are really constructed, those that actually know the size of a brick and understand brick modules.

Those that understand that there must be some means of holding the structure up against the internal forces and loads and the external elements, and sky hooks just don’t exist or work. and yes anything is nearly possible, if the client can afford it. And is willing to pay for it.

IMHO The best Architects are those that come up the ranks from being a drafting technician and study part time. They combine real experience with Architectural knowledge.

Regarding working with the contractor, in the UK we have been doing this for some time. Its called Partnering – bringing the contractor on board at the feasibility stage and getting valuable input about the who’s products he will actually be wanting to use against those the design team might want to specify because of the cost, delivery, future maintenance issues and other influencing factors.

Regarding the production of drawings, until the bricky, chippy and plumber have the means of playing with 3D drawings on site on something they can drop in ther back pocket a paper detail will still be required and normally plans, elevations and sections.

If you are producing details that they are not using then the questions have to be….

1) Do you really understand what you are drawing……
2) Are your drawings actually build able
3) Are your details typical (accepted practice) forms of construction
4) What can I learn form the Builder, and how can I change the details so that they are correct on future schemes and I don’t look as if I don’t know what I’m doing or that I’ve just left university and have not been on or around a construction site before!

Great point! I think that the architecture schools DO need to educate architects to be master builders.

Also there are quite a few subcontractors plumbers, electrcians etc...who use BIM models and laptops in the field to verify their accuracy. I think it depends on the size, type and complexity of the job too. 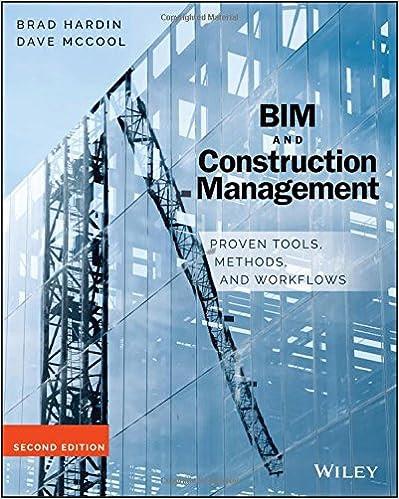